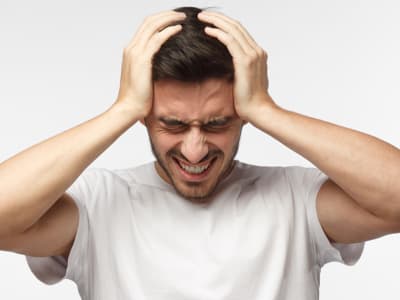 The bipolar disorders are a group of complex mental health issues. Perhaps the most commonly thought-of type is characterized by extreme highs and lows in mood. Bipolar disorder is also associated with unusual or pronounced changes in energy and activity levels. Many people with bipolar disorder also abuse drugs and alcohol, which can turn into an addiction.

Bipolar disorder is a mental health disorder that includes unusual or extreme changes in mood, energy, thought, and activity levels.1 It can have serious effects on relationships, employment, and finances. For example, expansive mood, unusual optimism, grandiosity, and poor judgment may lead to reckless behaviors such as spending too much money, giving away possessions, dangerous driving, irrational business investments, and sexual activities that are not typical for the person to engage in.2

In order to meet criteria for bipolar I disorder, a person must experience at least 1 major depressive episode and 1 manic episode.1 Symptoms of a major depressive disorder include the following:2

The symptoms listed above must be present during the same 2-week period for someone to meet full criteria for a major depressive disorder.

Several factors may increase a person’s risk of experiencing bipolar disorder. These include:1

People who use substances may experience a decrease in symptoms initially and therefore feel they are coping with these symptoms. But in the long run they may be putting themselves at more risk. Chronic abuse and withdrawal tend to affect mood, which can lead to increased substance abuse and eventually dependence.3

Another theory suggests that chronic substance use may “unmask” bipolar disorder. This means that using a substance may lead to an increase in severity of bipolar disorder symptoms that might otherwise not have been noticeable.3

When someone struggles with both a substance use disorder and bipolar disorder, it’s called a dual diagnosis. These diagnoses can be very complex and have serious outcomes. For example, research has found that people with bipolar disorder who also struggle with substance use may have an earlier age of onset of manic, hypomanic, or depressive episodes; have more frequent hospitalizations; and have other psychiatric disorders, such as anxiety or conduct disorders.3

Medication can be used to treat bipolar disorder and substance use disorder. However, a detoxification period, where the body rids itself of substances, can be helpful in verifying that the person has bipolar symptoms – as opposed to drug-induced symptoms that resemble bipolar disorder – and to reduce the risk of exposing the person to a medication and treatment expenses that may not be necessary.3

Once the body has rid itself of all substances, if depressive or manic symptoms have not gone away, then medication may be necessary.

Antidepressants, such as venlafaxine (Effexor) and bupropion (Wellbutrin), have shown promise for those struggling with both depressive symptoms and a substance use disorder.3

Anticonvulsants, such as valproate (Depakote) and carbamazepine (Tegretol), have also been used to treat bipolar disorder. They have also shown promise for the treatment of both bipolar and substance use disorders. Additionally, mood stabilizers, such as lithium, have also been found to be helpful in the treatment of dual diagnoses. In fact, research has found connections between lithium therapy, reduced drug abuse, and improved mood.3

Regardless of which medication is used, the patient should meet with the prescribing physician(s) on a regular basis to ensure that the medication is working and that there are no serious side effects. 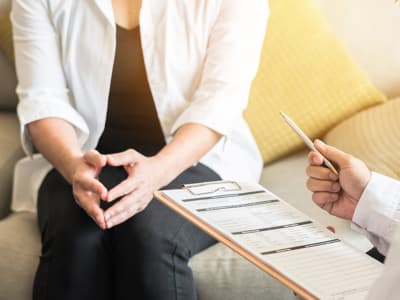 Psychotherapy is another treatment option to consider, especially since the combination of both medication and psychotherapy tends to produce the best results. A variety of therapeutic techniques may be used in the treatment of both bipolar and substance use disorders, including:

Lastly, those struggling with bipolar disorder and substance use disorder should be assessed for suicide risk. Risk of suicide is 15 times higher in those with bipolar disorder than the general population.2 Regardless of what type of therapy a person engages in, it is crucial that their safety is clearly and thoroughly evaluated.

Treatment for dual diagnoses may take place in several settings, including the following:

Whether you engage in inpatient treatment, outpatient treatment, a 12-step program, a support group, or some combination of the above, find a treatment environment where you feel comfortable and safe. If you or someone you love is struggling with bipolar disorder, substance use, or both, explore your treatment options today and don’t hesitate to reach out to us with questions.